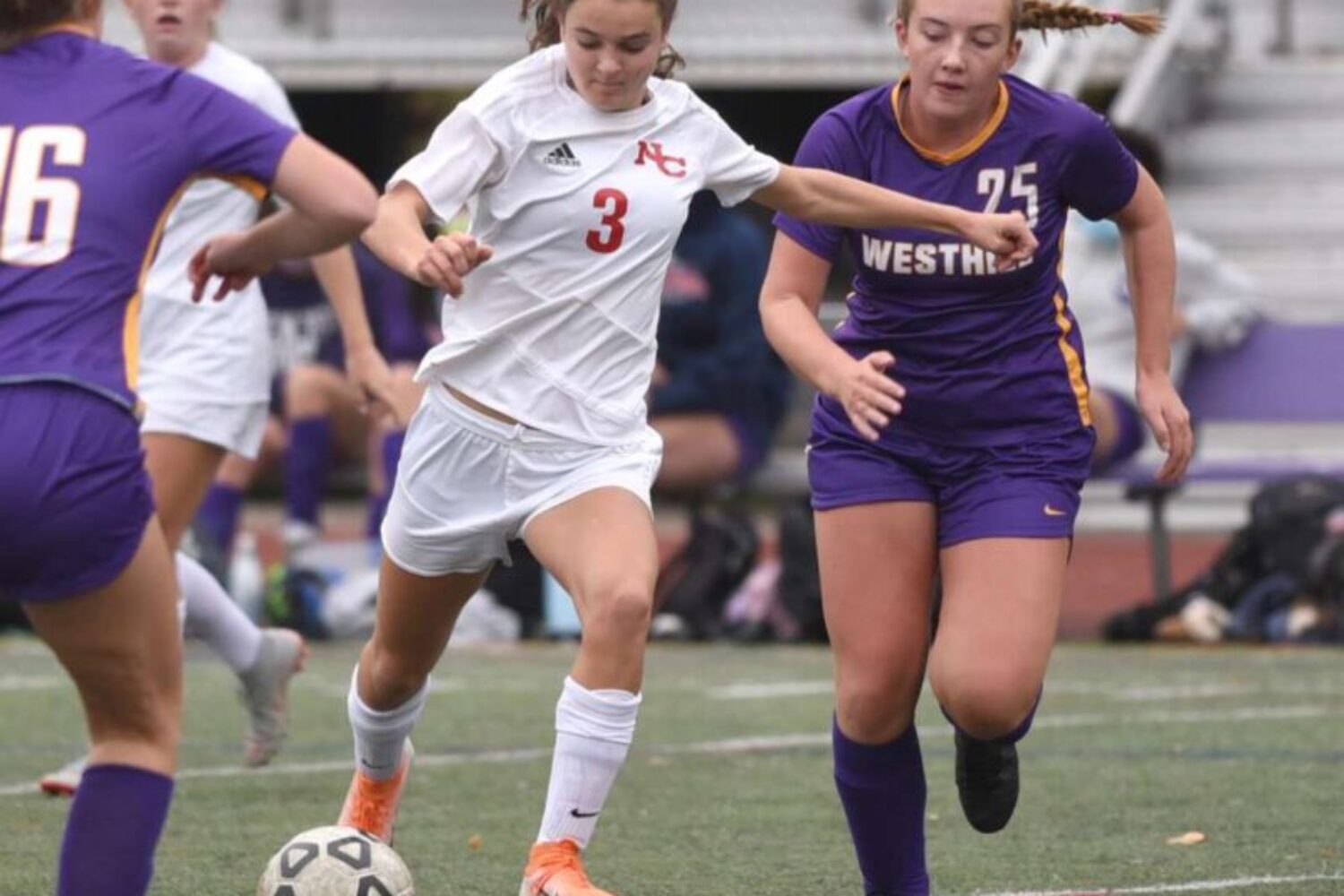 Kayleigh Bartlett, Shelton, Jr., D: One in a long line of prominent prospects on defense for the Gaels.

Devon Bushka, Holy Cross, Sr., M: Can excel all over the field for the Crusaders. Scored the only goal in the 2019 Class S state championship game.

Jess Carr, Southington, Jr., M: Recuperating from an ACL injury. Remains a Division I prospect in waiting and the key to another banner season for the Blue Knights.

Erynn Floyd, Wilton, Sr., GK: Being one of just four starters returning, the Louisville-bound Floyd will get plenty of chances to try and keep the FCIAC’s elite scorers off the scoreboard.

Sophia Haussmann, Glastonbury, Sr., M: Returns after a year away playing for her club team. Started on the 2019 Class LL state championship team and is committed to play at UConn beginning next fall.

Meredith Healy, East Lyme, Sr., F: Stalwart up top was a key contributor on the Vikings’ run to the 2019 Class L state final.

Maya Howard, Hand, Jr., M: Will be a key contributor if Tigers are to return to the top of the SCC.

Kendall Infantino, Branford, Sr., D: Helped the Hornets post eight shutouts, including ones against both Guilford and Hand.

Samantha Kipperman, Pomperaug, Sr., M: Hoping to help lead the Panthers to the SWC championship after last season’s tournament run was derailed due to a COVID-19 outbreak. 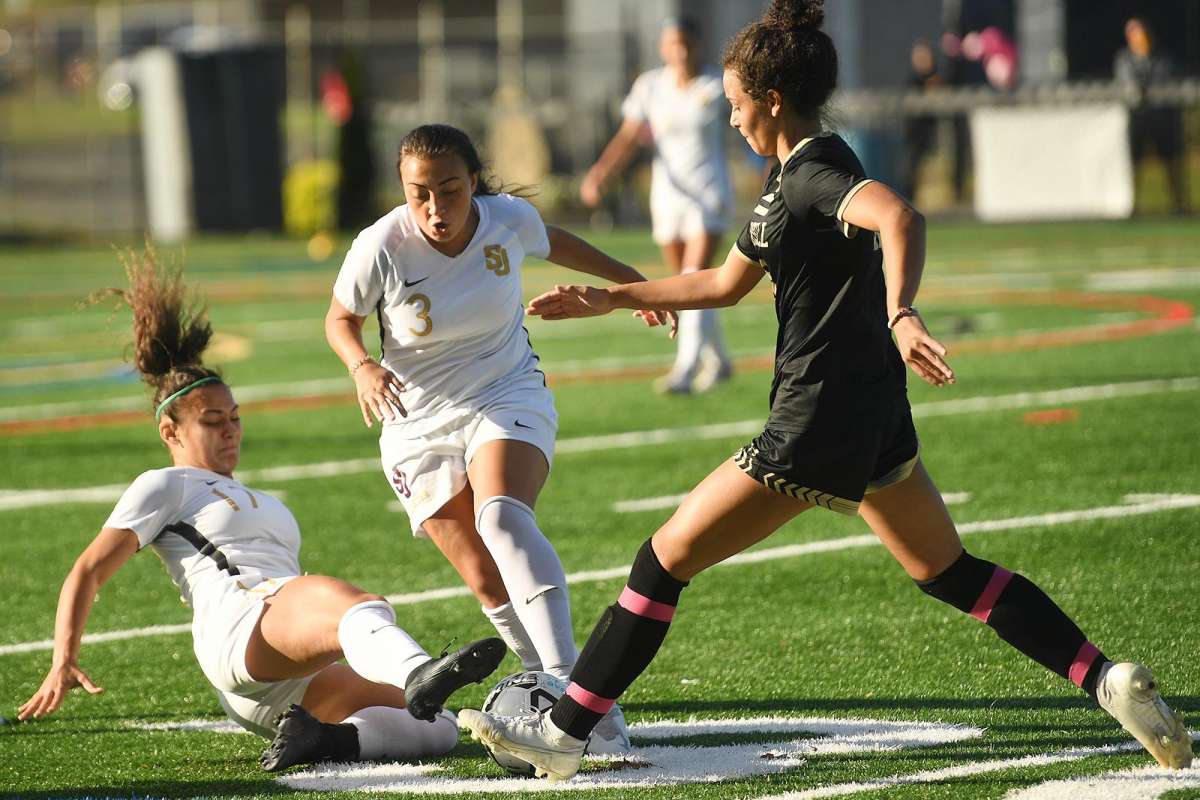 Ava King, Sacred Heart Academy, Sr., GK/D: Ava will split time with her identical twin sister at both goalkeeper and center back before she heads off to play at Stony Brook next fall.

Sophia Lowenberg, Trumbull, Sr., F: One of the FCIAC’s top offensive threats will play at Boston College next fall.

Lindsey Price, Plainfield, Sr., M/D: Has an ECC championship and two Class M state finals played in to her credit.

Zoey Wood, Notre Dame-Fairfield, Sr., D: Garnering Division I interest, Wood has plenty of athleticism to keep some of the SWC’s best forwards in check.

Maya Wroblewski, Southington, Sr., M: Had 11 goals and six assists in a limited season in 2020.

A complete season on tap

Just to have gotten any kind of season in last fall should be considered a positive. The six-week campaign began Oct. 1 and ended in mid-November. Those postseason experiences will be replaced by full league and state championships in November. The state championship finals are scheduled to be held Nov. 20.

Due to teams having to remain in cohort groups even in the postseason experiences, a number of rival games were not able to be held in the sport last fall, most notably, Glastonbury vs. Southington out of the CCC and the 2019 CIAC Class LL state championship game, won by Glastonbury. Also of note: St. Joseph vs. Ridgefield or Staples out of the FCIAC, Immaculate vs. Notre Dame-Fairfield out of the SWC and Guilford vs. Cheshire in the SCC. These four, and many others, will get a chance to renew acquaintances this season.

Granby went 20-0 during the 2019 season, culminating with the Class M state championship. The Bears absolutely owned the NCCC last fall, going 13-0 and allowing just two goals. So it’s Granby that currently has the state’s longest winning streak — 33 games — heading into this season.

It depends on your perspective whether Newtown is going for the SWC three-peat this season. The Nighthawks won the conference title in 2018 and 2019, but lost to New Milford in the SWC North Division final last fall. But it wasn’t a complete league tournament due to the COVID-19 pandemic and not everyone played one another. Either way, Newtown has reached a league tournament final each of the last four seasons. The Shoreline Conference did play as one entire league and Haddam-Killingworth defeated Old Lyme on the road for its second straight tournament title. So there isn’t a debate in the Shoreline.

Which conference is the best?

At least we should be able to answer that question this season. The road normally runs through the FCIAC, but a pair of CCC teams, Southington and Glastonbury — defeated Ridgefield and Staples, respectively, in the semifinals by an identical 1-0 score. So it’s the CCC right now with Glastonbury and Southington at the top. The FCIAC still may have more depth with St. Joseph, Ridgefield, Staples, Trumbull, Darien and New Canaan. Check back in mid-November.

SITE CHANGED TO STAPLES: Ridgefield at Staples, Sept. 9, 4 p.m.: The two FCIAC rivals have tied each of the last four regular-season matchups, including three of them being scoreless. Then there is the back-to-back Class LL state championship games, both won by Ridgefield. Now the two squads open the regular season in an odd bit of scheduling.

Glastonbury at Shelton, Sept. 11, 7 p.m.: Recently, it’s been Masuk that Shelton has played in its season opener. Now, it’s Glastonbury in a rare non-conference game for a CCC team. Very good early-season barometer for both sides.

Glastonbury at Southington, Sept. 25, 1 p.m.: The CCC’s best two teams get to square off twice after a year off from getting the chance to do so. Rematch is also on a Saturday afternoon, Oct. 30.

Ridgefield at St. Joseph, Oct. 18, 4 p.m.: St. Joseph faces Trumbull, Staples and Ridgefield in less than a week. The regular-season championship could get decided in this stretch of games.