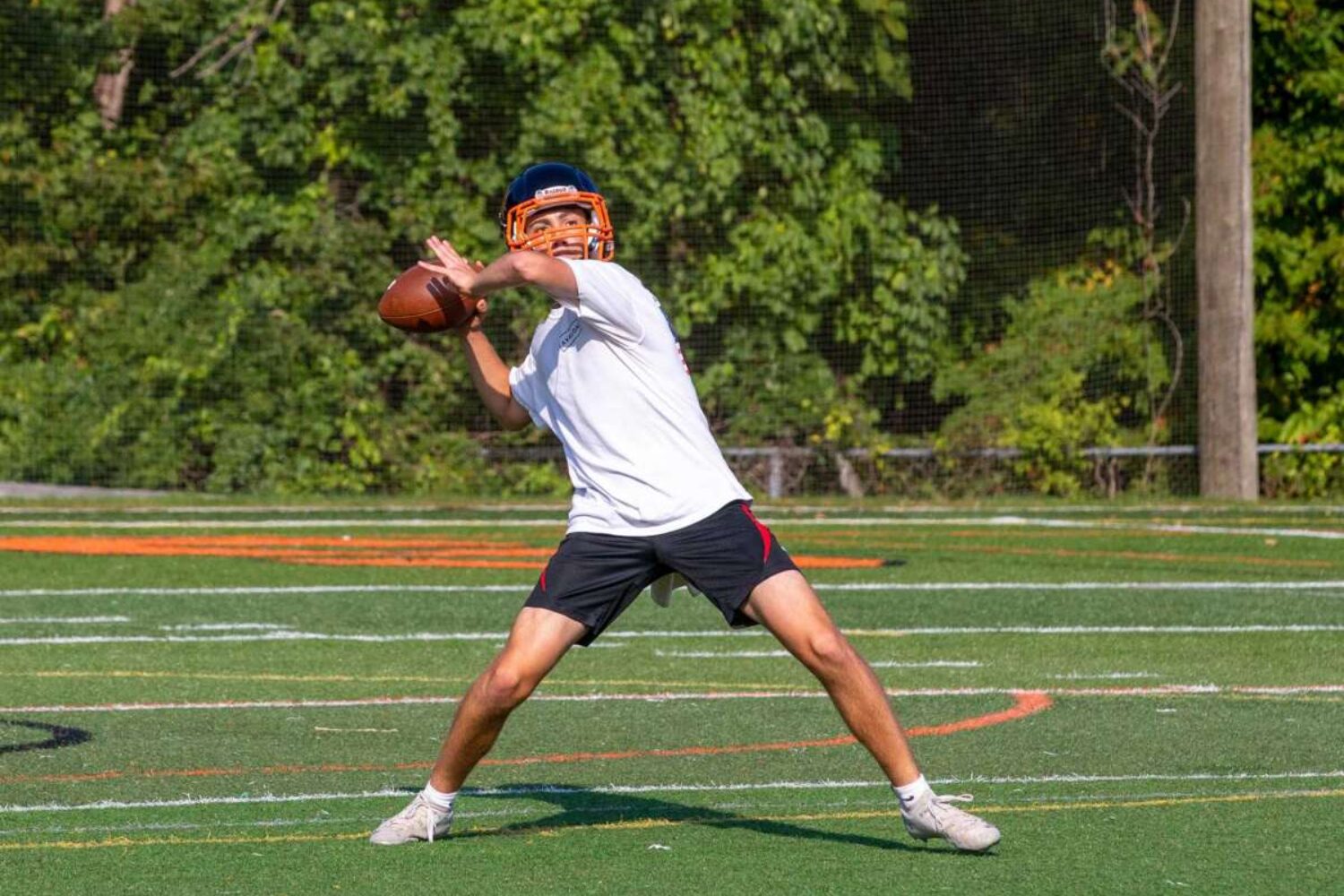 Ridgefield might have surprised some when it compiled an 8-2 mark and qualified for the Class LL playoffs back in 2019. But the program has always had a way of sneaking up on the rest of the state and producing strong seasons under coach Kevin Callahan.

If the Tigers are going to do it again, they’ll have to overcome not just the loss of last year’s football season, but also account for some other missing pieces, as well.

Ridgefield’s leading rusher Kai Prohaszka (North Carolina) and projected top receiver Ryan Colsey (Virginia) both committed to Division I lacrosse programs and have opted out of football this fall after leading Ridgefield to the Class L boys lacrosse championship last spring. Prohaszka, the GameTimeCT boys lacrosse player of the year, accounted for over 1,000 all-purpose yards and nine TDs as a sophomore.

Their absences leave some extra holes to fill on the offensive side.

Junior Justin Keller appears to have earned the starting quarterback job, having played in last year’s 7-on-7 competition. Junior Kai Kuwata will be Ridgefield’s starting running back followed by sophomore Ignacio Brina.

The Ridgefield offensive line is large, with four of the five projected starters standing at least six feet tall and three weighing 240 pounds or more.

Offensive lineman Cameron Smith returns after transferring to Fork Union Military Academy in Virginia for the 2021 spring season. The 6-foot-4, 300-pound senior brings much needed experience and leadership to the unit. Seniors Sam Bazarian, James Nightingale, Matthew Long and sophomore Austin McGoey will line up alongside him.

While the offense readjusts to some new components, defense figures to be Ridgefield’s key to success. Callahan believes it might be his team’s strength.

The defense will feature a strong linebacker unit led by seniors Nick Verbitsky, who saw significant time as a sophomore, Butler and Wade Steffens. John McGoey will lead the Tigers’ secondary.

The schedule, however, is a monster — at least in the early going. Ridgefield kicks off the season on the road vs. Greenwich (a week later than most of the state), faces Xavier at Tiger Hollow and travels up I-84 to face defending Class LL champion Newtown — the first meeting of the two schools since Ridgefield upset Newtown in the 2013 Class LL quarterfinals.

The Tigers also have a date with three-time defending state champion St. Joseph at Tiger Hollow in late October. Their annually anticipated matchup with Wilton is the following week.