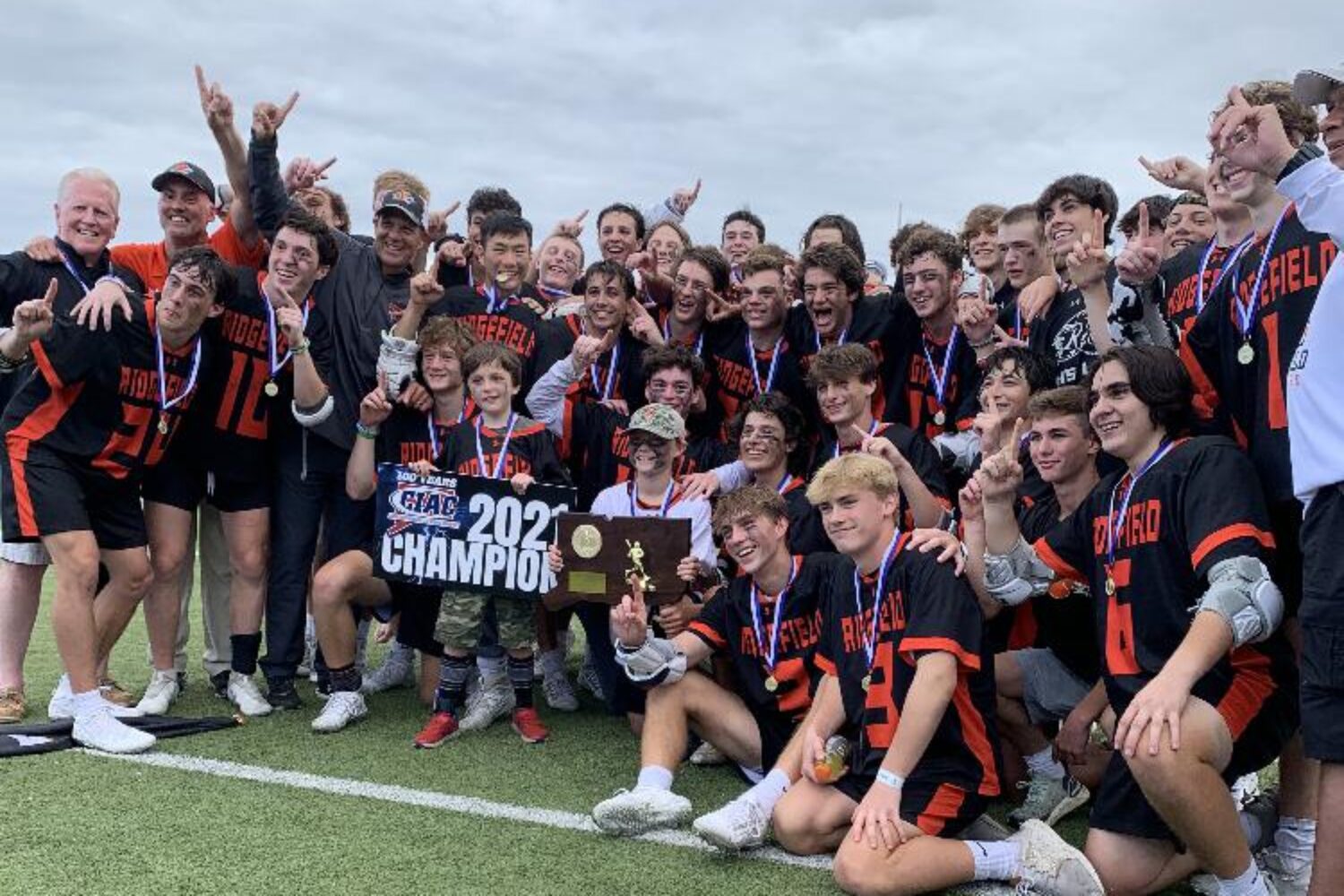 RIDGEFIELD — On June 12, Ridgefield High School’s boys’ varsity lacrosse team defeated Fairfield Prep to clinch the state championship title. Accompanying the Tigers’ in their celebrations was 10-year-old resident Conner Curran, who served as the team’s honorary captain during the season.

Having lived with Duchenne muscular dystrophy, a progressive muscle-wasting condition, for more than half his life, the Barlow Mountain student has had to watch sporting events from the sidelines. But that all changed when head coach Roy Colsey read a social media post about Curran.

Curran’s mother, Jessica, wrote that while driving her son Kyle, Curran’s twin, to his first lacrosse practice, he discussed what number he would rep on his jersey. Curran chimed into the conversation, saying, “I would pick number 7 if I could play.” It was then that Colsey and the rest of the Tigers set out to make Curran feel like a part of the team.

“It was a thrill for Conner to be able to experience being an official member of a team and all that comes with it — the camaraderie, the spirited competition and the thrill of a win,” his father, Chris, said. 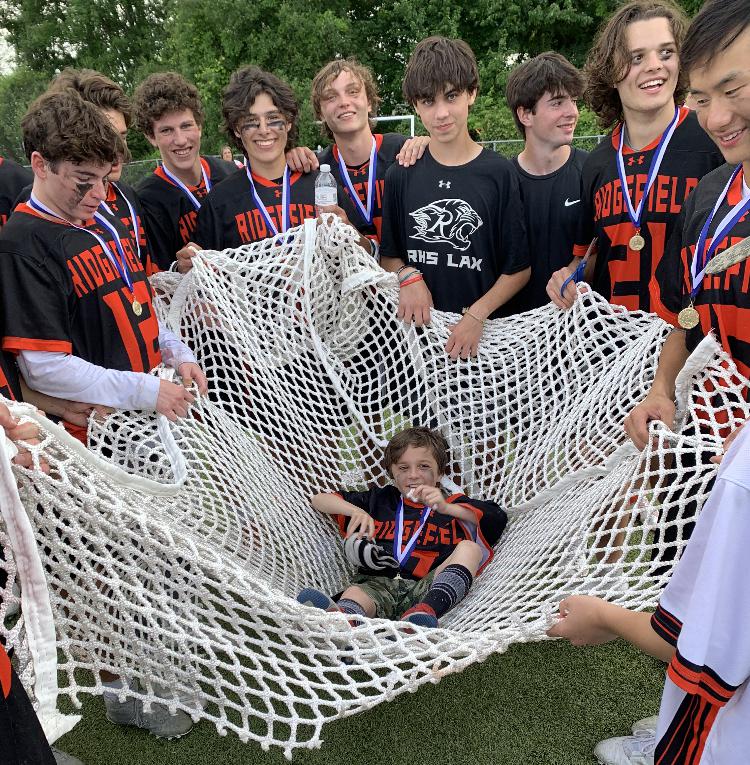 As the season progressed, the community came out in droves to cheer on the Tigers and their 10-year-old captain. They beat back the dejection of their losses, their family struggles and the injuries their teammates faced. Slowly, the losses faded away and a momentum of wins started to pile up.

However, on the morning of the state finals, the team’s leading scorer, Kyle Colsey, had to be rushed to the hospital for an appendectomy.

The score was 5-2 in favor of Fairfield Prep early in the third quarter, but the Tigers battled back to level the scoreboard with three minutes remaining. During the fourth quarter, Ridgefield took their first lead of the game and maintained it, punching a final score of 8-5 to win the state championship.

Curran received his medal along with the rest of the players, and there was not a dry eye in the house. The Tigers gave the 10-year-old a varsity letter, a championship ring and the thrill of a lifetime.

To learn more about the research being done to find a cure for Duchenne muscular dystrophy, visit KindnessOverMD.org.